Sapio allows users to discover matches by exploring how other users give OPEN ENDED answers to fascinating curated questions. When we aggregate, anonymize, and analyze these answers, we’ve begun to uncover insights about all daters that can be incredibly interesting.

For our first post, we decided to look at how 50,000 randomly sampled users answered the question:

“Besides Funny, Attractive, and Smart, what Three qualities do you most want in a partner?”

The chart below depicts the top ten traits that were most disproportionately associated with female respondents. “Trustworthy” was the most mentioned overall, with “Goal Oriented” and “Artistic” being the traits falling most solidly in female territory (in other words, these were words found with much lower frequently in male respondents). 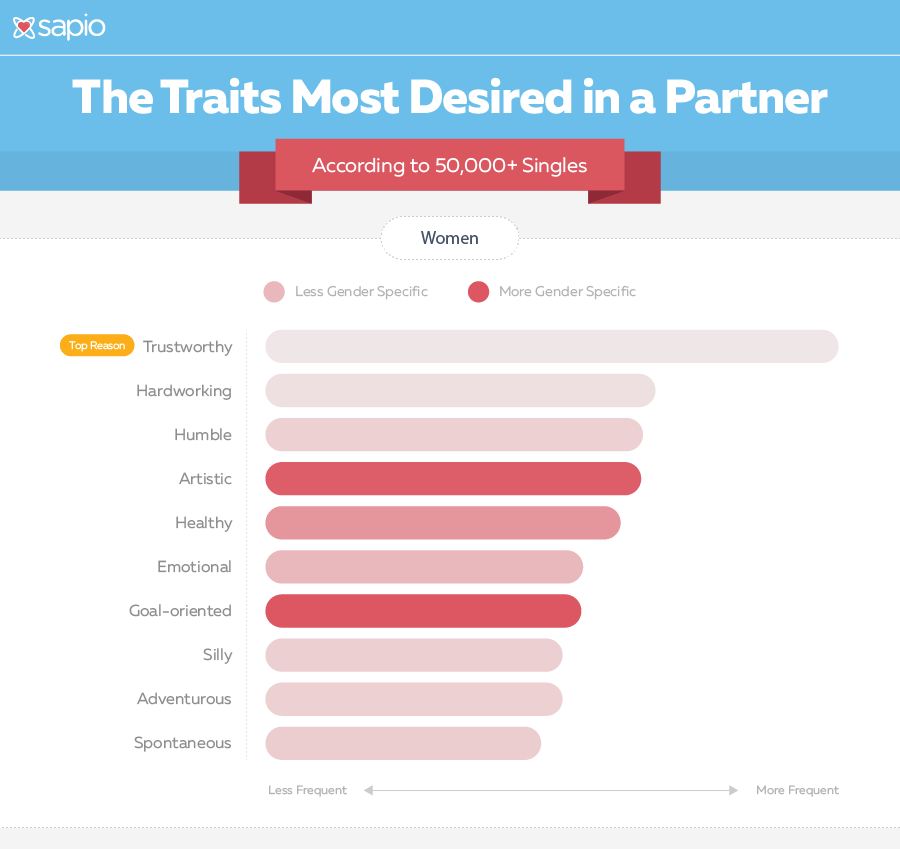 The chart below depicts the top ten traits that were most disproportionately associated with male respondents. “Caring” was the most mentioned overall, with “Independent” and “Understanding” being the traits falling most solidly in male territory (in other words, these were words found with much lower frequently in female respondents). 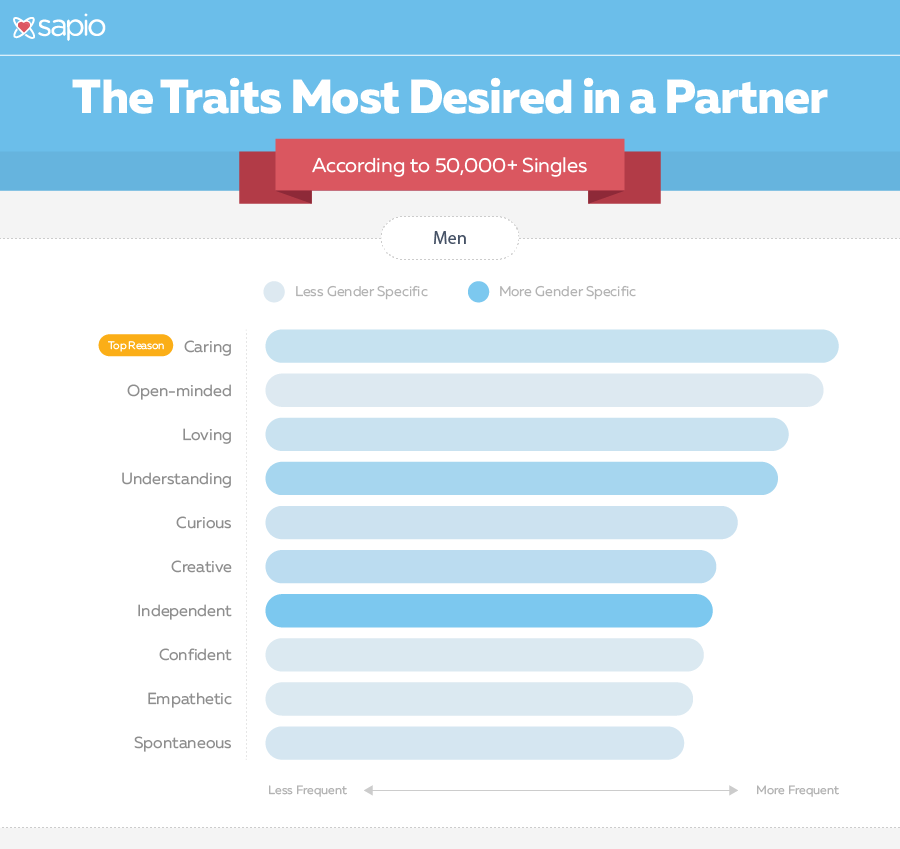 The first two charts looked at the top traits most associated with specific genders. The following is an overall view, and includes traits that were over-represented among men, women, and those that fell solidly in the middle (Similarly desired by both men and women). 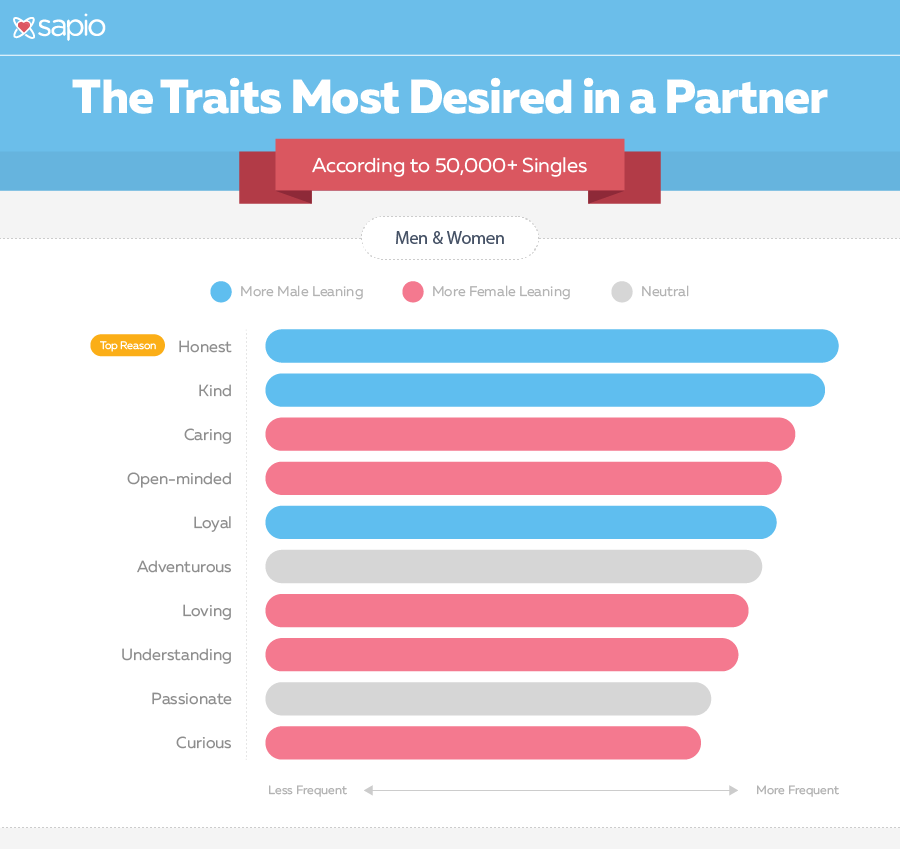 How do Sapiosexuals Differ?

We were also very interested in how self-identified Sapiosexuals differed from those that don’t. We compared only to heterosexuals in this instance to simply the data analysis. 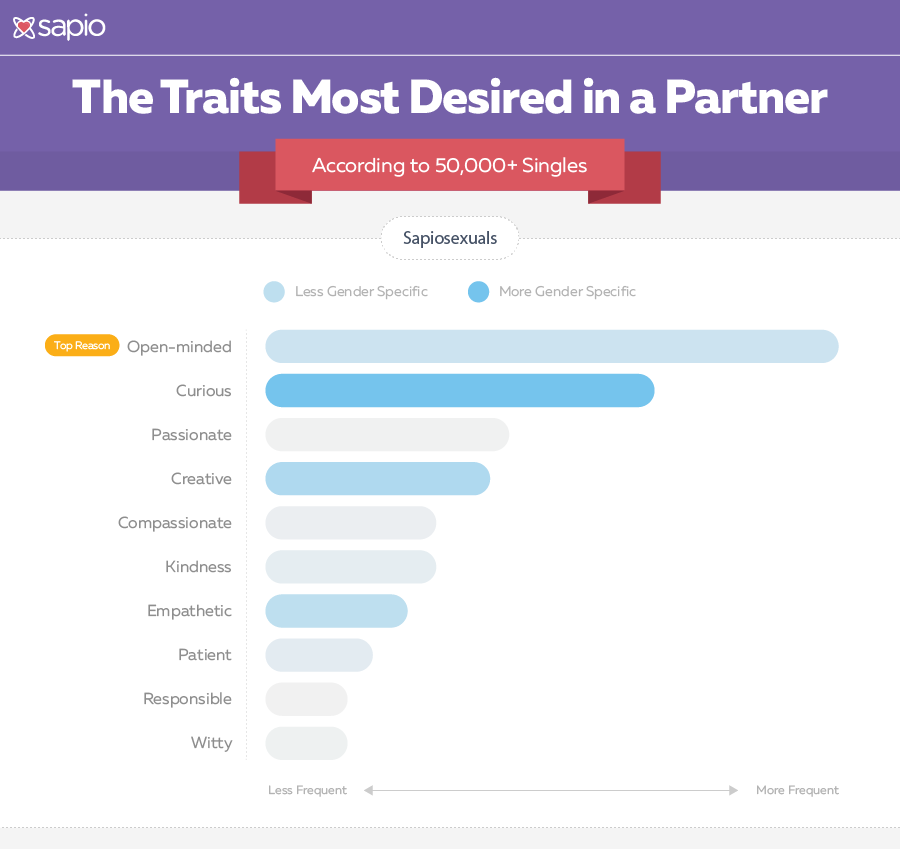 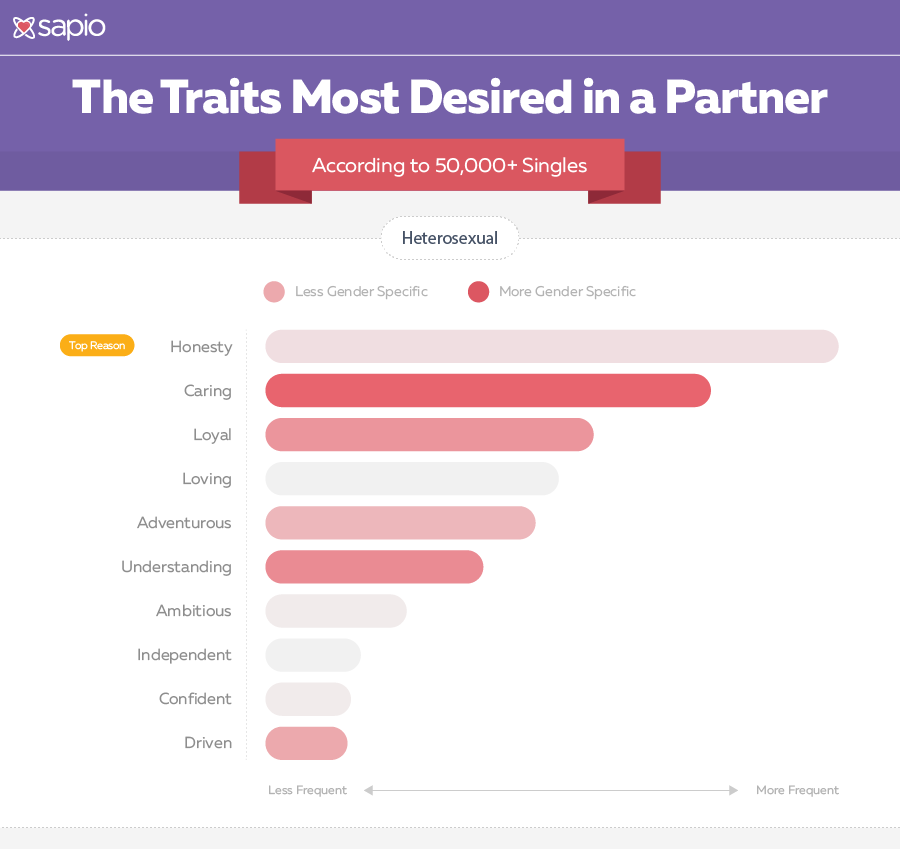 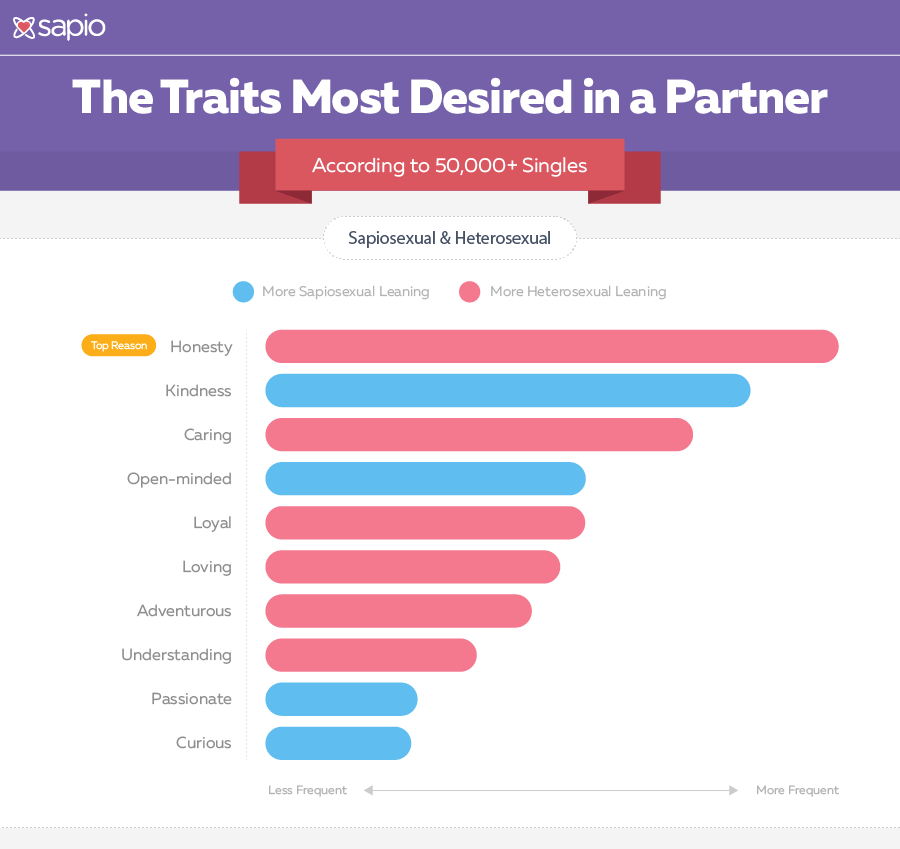